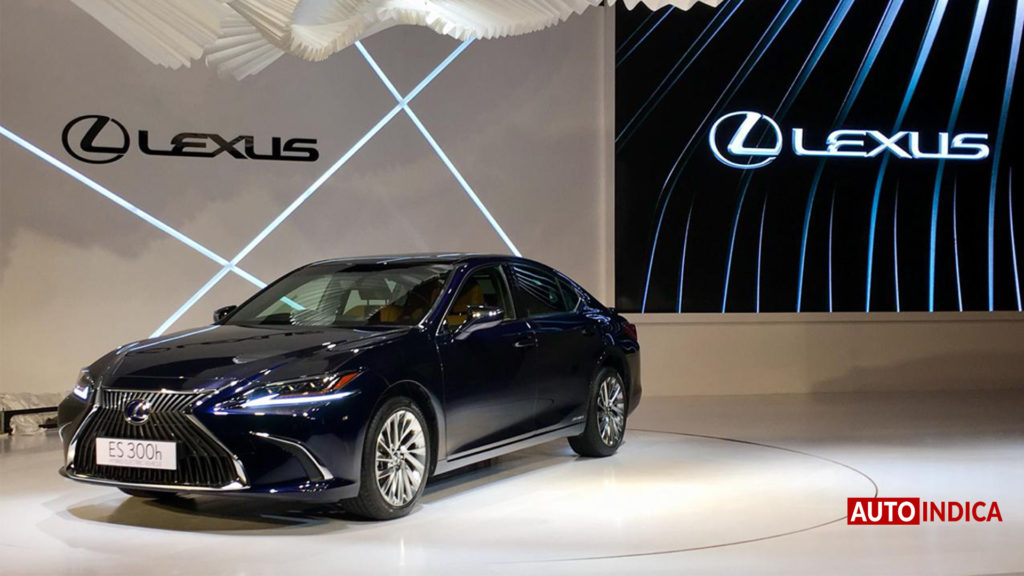 New generation Lexus ES 300h was launched in India through a soft launch just couple of months back and now, the brand has officially showcased the hybrid luxury sedan in flesh for the first time. The sedan is priced at Rs 59.13 lakh (ex-showroom, India) and it locks horn with rivals like Mercedes-Benz E-Class, Audi A6, BMW 5-Series and Jaguar XF. However, none of its rivals carry a hybrid powertrain and this certainly makes the Lexus ES300h distinctive.

Speaking about the luxury hybrid sedan, the seventh generation ES 300h comes with a flamboyant design that is slightly updated from the sixth generation model. It gets the large X shaped spindle grille at front flanked by sharp and crisp headlamps with LED projector headlamps and integrated LED daytime running lights. The chrome trims, large 18-inch alloy wheels, clean side profile, neatly curved roofline, sharp and sleek LED taillights and sculpted tailgate with a protruding lip spoiler add zing to the sedan. 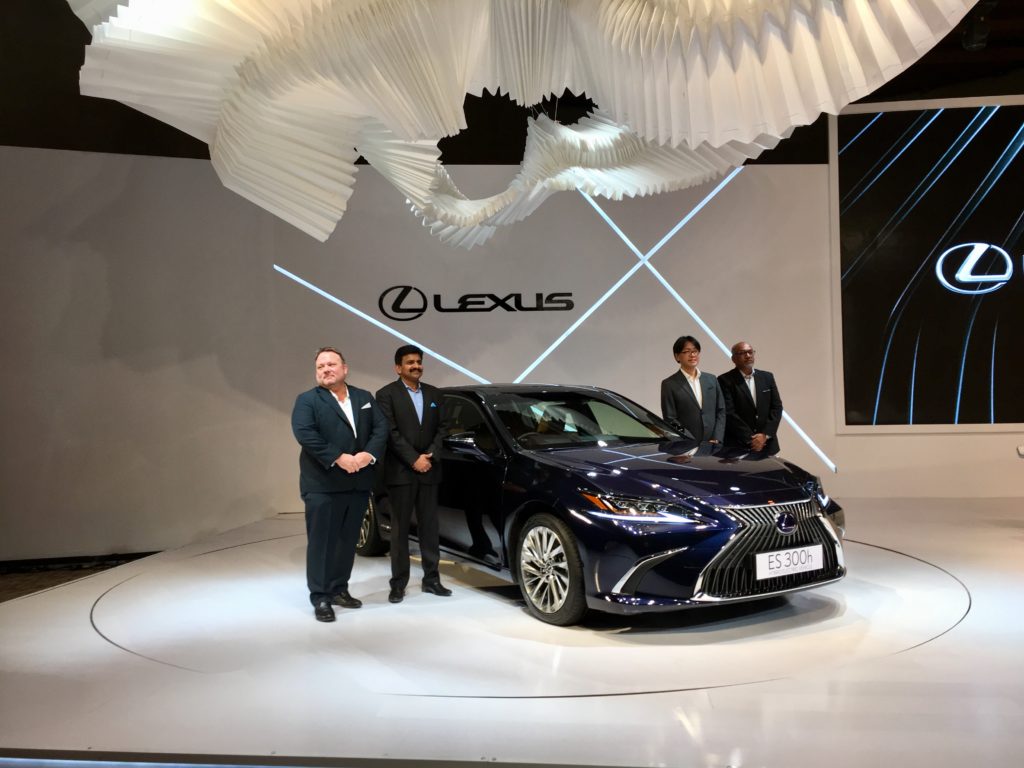 Inside the cabin, new generation Lexus ES300h boasts a host of luxurious features along with a stylish premium design. It offers not only an appealing look, but an exuberant luxury as well. Surely, this car has enough mettle to lure the buyers over its German or British rivals. Inspired by the Lexus Future Interior concept, the cabin gets a driver-centric touchscreen infotainment system, automatic climate control, semi-airline seats. Also, there is a 17-speaker Mark Levinson premium audio system, wireless charging technology.

For safety, it gets 10 airbags in total and a wide range of electric driver aid technologies. Speaking about its energy source, the sedan gets an Euro-6 compliant 2.5-litre four-cylinder, petrol engine combined with the brand’s fourth generation Lexus Hybrid Drive system. This engine is mated to an 8-speed automatic gearbox and churns out 215 bhp of power output. Also, it promises 22.37 kmpl of mileage. 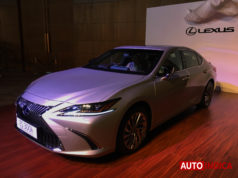 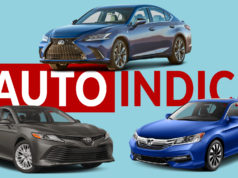