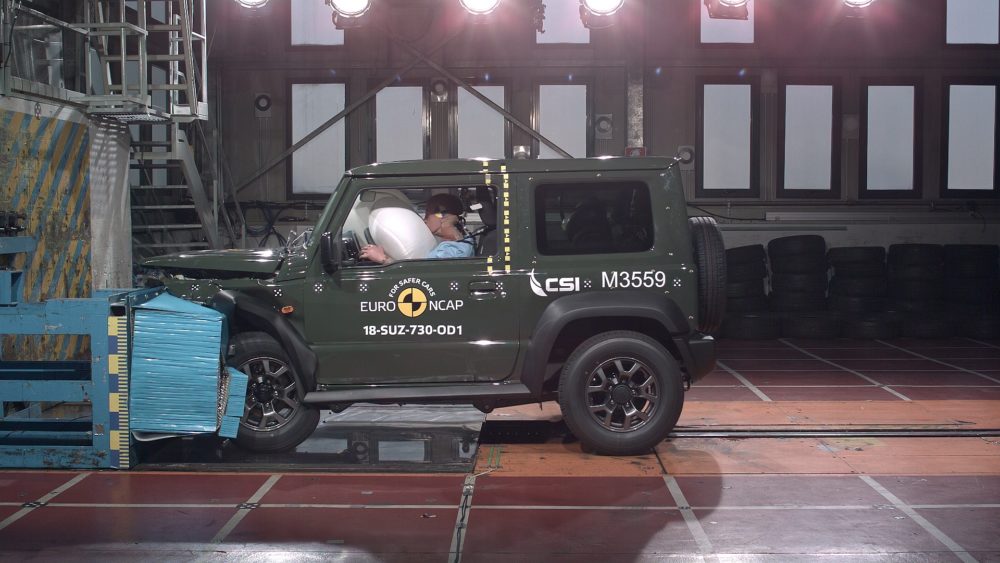 The 2018 Suzuki Jimny disappoints the enthusiasts with only 3-star safety rating in Euro NCAP crash test. What’s interesting is, Tata Nexon is safer than the Euro-spec Jimny, as the former SUV scored 4-star rating. The small SUV scored 73 percent in adult occupancy, 84 percent for child occupancy. It also received 52 percent for vulnerable road users and even lower 50 percent for safety assist systems.

So what went wrong? The 2018 Suzuki Jimny’s thumbs down point came when the driver’s side airbag did not employ properly. In real life scenario, this could cause serious head injury to the driver during a frontal crash. The model tested by Euro NCAP was an European market-spec Jimny and it comes with six airbags, ISOFIX child seat mounts for rear seats, Autonomous Emergency Braking (AEB), lane assist system and seat-belt reminder as standard. 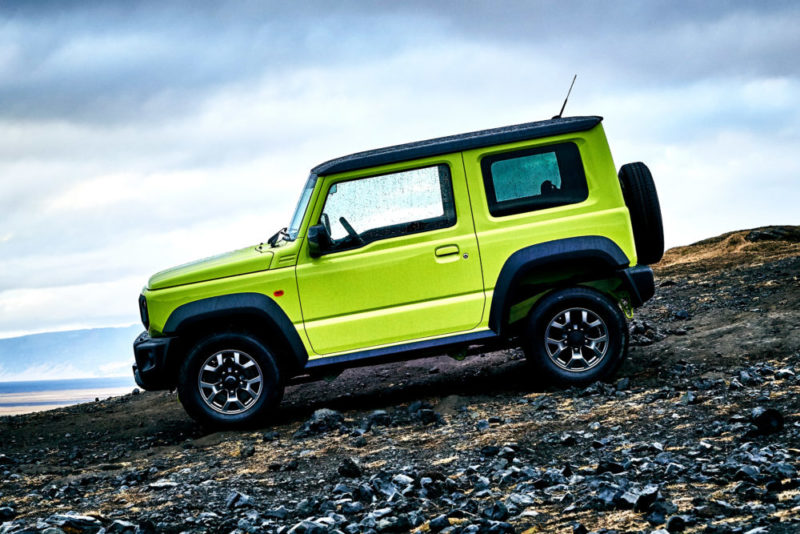 Suzuki Jimny’s India arrival is not confirmed yet, but it could be a perfect car replacing the aging Maruti Suzuki Gypsy. The 2018 Suzuki Jimny has already earned pretty good response from all around the world. It comes with a completely redesigned appearance. The boxy shape, aggressive front fascia, higher ground clearance, tough look make it look like inspired by Jeep models. Inside the cabin, new Suzuki Jimny has become more attractive thanks to the premium features.

Speaking about its engine, the 2018 Suzuki Jimny gets a new K15B petrol engine that is capable of putting out 100 bhp of peak power and 130 Nm of peak torque as well. Transmission options for the SUV include a 5-speed manual and a 4-speed automatic gearbox. It comes with the 4×4 system as standard. However, before rolling the SUV out in other markets, Suzuki is expected to address the safety issues that have been revealed in the latest Euro NCAP crash test. 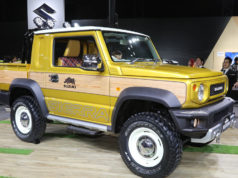 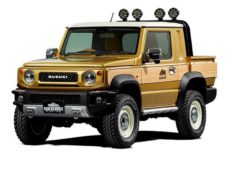 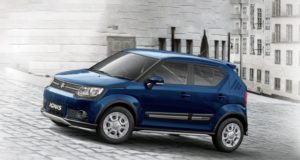