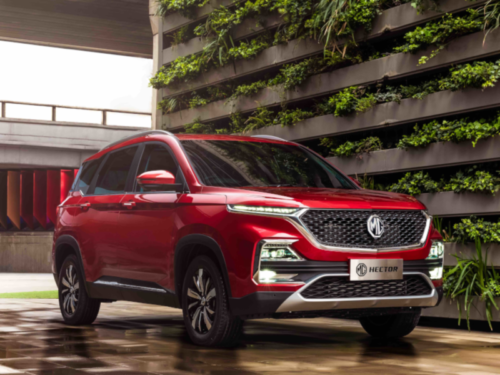 MG Motors has unveiled its much-awaited connected car Hector. Thanks to a 48V hybrid technology, the MG Hector hybrid SUV appears to be tech loaded. The SUV is ready to go on sale next month and it will be available in 5-seater variant initially. Interestingly, there will be a 7-seater variant of the hybrid SUV at a later stage.

The 7-seater variant of the MG Hector hybrid SUV will come to market sometime in early 2020 and there will be BS6 engines as well. It will have a third-row seating arrangement. The USP of MG Hector hybrid SUV is the connected car technology. The Airtel sourced 5G e-SIM card onboard the SUV will make the car’s system perform a host of functions remotely. All of these functions can be controlled by the owner’s smartphone’s screen. 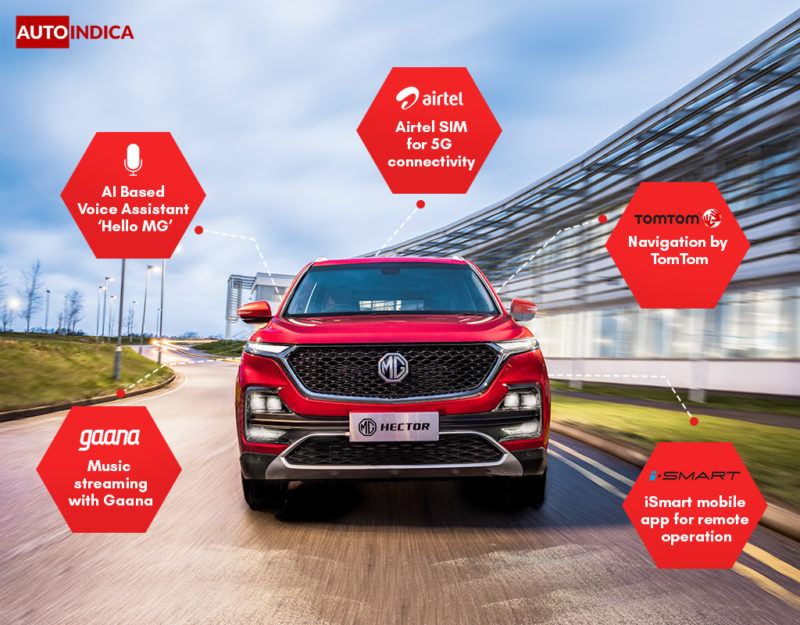 MG doesn’t want to dub the upcoming variant of the Hector hybrid SUV as a 7-seater or 8-seater. Instead, it terms the car as third-row seater variant of Hector. The rebadged Baojun 530 SUV will be manufactured locally in SAIC’s plant in Halol, previously owned by General Motors.

Speaking about the upcoming 7-seater MG Hector, its dimension will be the same as the five-seater model. But, the company claims, the third-row seats can be easily accommodated there. In that case, the 587-litre capacity huge boot storage will be sacrificed to accommodate the third-row seats.

As the car was unveiled yesterday, it revealed the massive 10.4-inch portrait touchscreen infotainment system, something similar to the Tesla cars. Also, there will be panoramic sunroof, six airbags. It will be available in both petrol and diesel engine options with the petrol motor combined along with an electric system. The petrol engine will be a turbocharged 1.5-litre unit and there will be a 2.0-litre turbocharged diesel motor. 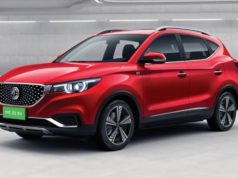 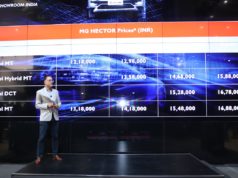 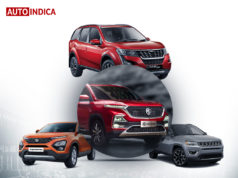 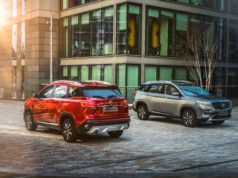 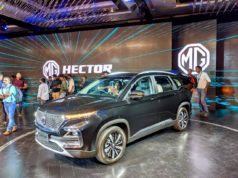 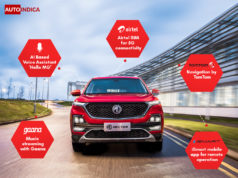 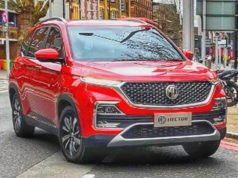 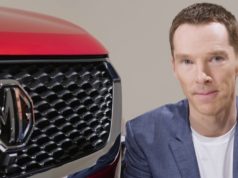 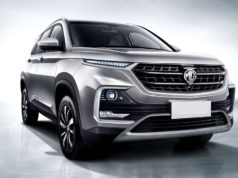 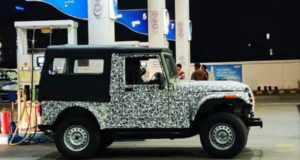