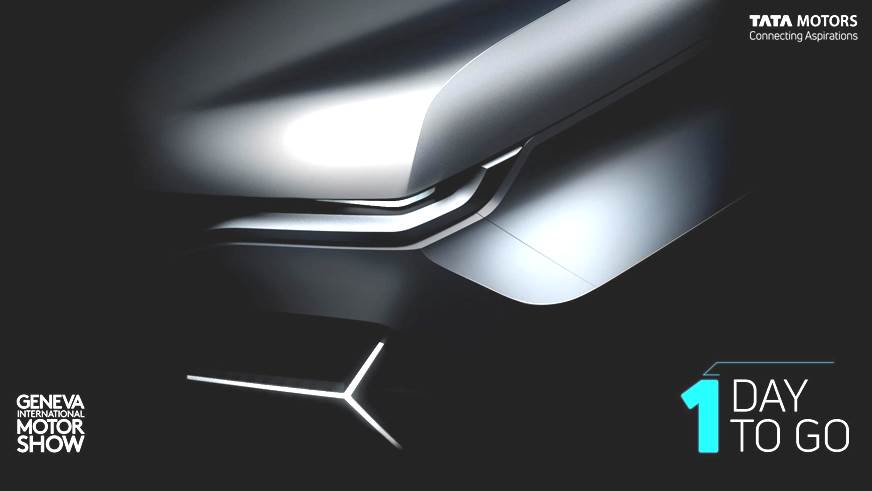 Tata Motors seems to be constant in impressing us with an array of exciting cars. The latest to be unveiled is the Tata Hornbill micro-SUV. It will be showcased at the 2019 Geneva Motor Show. Ahead of that, the automaker has revealed a glimpse of the car in a teaser image. As it appears, the Hornbill, codenamed as X445 draws inspiration from Tata H5X concept, which spawned out Tata Harrier.

While Tata has been working on a host of new products across different segments, a micro-SUV will boost its appeal further. The SUV will directly lock horns with Mahindra KUV100 and upcoming Maruti Future S. Keeping its expected price in mind, Ford Freestyle too will be a competitor against the Tata Hornbill. The upcoming Tata SUV will target the new generation of urban buyers.

The Tata Hornbill gets sharp LED daytime running lights, triple-arrow shaped front bumper, just like the H5X concept. It could don a boxy look and will be shaped by Tata’s Impact 2.0 design language. It also comes with ‘Humanity Line’ grille, muscular wheels and a floating roof. The SUV will surely carry an upright stance compared to its popular sibling Nexon.

Speaking about its interior, expect a host of upmarket features there alongside some modern tech. There would be a Tata Harrier inspired touchscreen infotainment system. Despite being a micro-SUV, it will offer ample space and comfort to the occupants. Based on the ALFA platform, the SUV will come with a 1.2-litre Revotron petrol engine and a 1.05-litre Revotorq diesel motor as well. Initially, only the petrol motor will be there.

The upcoming SUV is likely to make its appearance at the 2020 Delhi Motor Show before being launched here. Tata will surely catch the attention of the buyers with very aggressive pricing. So far, this is going to be a very exciting product. 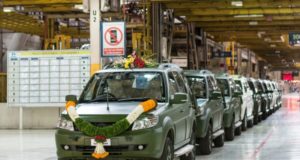